Big Four Accounting had long been plagued with the difficulties associated with global operations.  Global operations required Big Four Accounting to coordinate functions across time zones, languages, and systems that would then need to be synchronized by a central tax management team and system.  The central tax management team soon identified that their major concerns for tax software stemmed from two key functions:  global access and automated processes.  Furthermore, any future solution would need to be intuitive, allowing for new users to move along the learning curve quickly, and would also need to be able to process high volumes of file transfers quickly and securely.

Interestingly, Big Four Accounting realized a second, unexpected, benefit from the Corporate Suite software.  The Corporate Suite software provided for generalized access groups to be pre-configured, with specified access and security settings, to which new user profiles could simply be added without management have to individually set up tens of thousands of employees.

The second key feature required by Big Four Accounting was the ability to automate processes.  Rather than coordinate functions across 159 countries, Big Four Accounting preferred to set up standard protocols that would allow Corporate Suite software functions to run without repeat coordination by the central tax management team.  Corporate Suite’s Scheduler served this purpose exactly.  As an example, the Scheduler feature allowed management to designate specific directories to import files from - directories that are then scanned every five minutes by Scheduler.  This process also insured that Big Four Accounting’s information was continuously up to date.

Furthermore, management was able to schedule certain directories, with extremely large files, to only be scanned and imported during off-business hours.  This proved to decrease the server load and increase productivity during business hours in major offices.  As the benefit of this process gained traction, Big Four Accounting began applying the scheduler timing feature regionally in order to further realize the related benefits.  As an additional advantage, the Scheduler feature allowed management to configure it so that email reports were sent in the case of any import files that contained errors or warnings.

Most recently, Big Four Accounting has applied the Scheduler feature to other responsibilities, such as report generation, in order to further decrease manual activity in favor of automation.

In the case of single print jobs, management opted for Corporate Suite’s 1099Pro.NET web interface to email encrypted PDF’s to the recipient.  Management, no doubt, recognized the cost-savings and time-savings involved with handling the single jobs immediately and benefitted from quick service levels in tandem with the built-in security of the encrypted PDF mailer.

One such feature was to introduce a specific filter for searching through the thousands of filing entities when selecting just a small number to submit data from.  Shortly after, 1099 Pro setup a conference call to discuss the aspects of the new feature as well as the possible implementation and timeframe. To management’s surprise, 1099 Pro quickly introduced a beta version of the concept and further refined the concept around Big Four Accounting’s feedback.

The overall relationship between Big Four Accounting and 1099 Pro continues to prove beneficial on both ends.   While not every new feature or request is integrated into the software, the central tax management team feels that their opinion is taken very seriously and have voiced support of 1099 Pro’s Corporate Suite software by continuously renewing their contract as well as expanding the software into the furthest countries of Big Four Accounting’s operations. 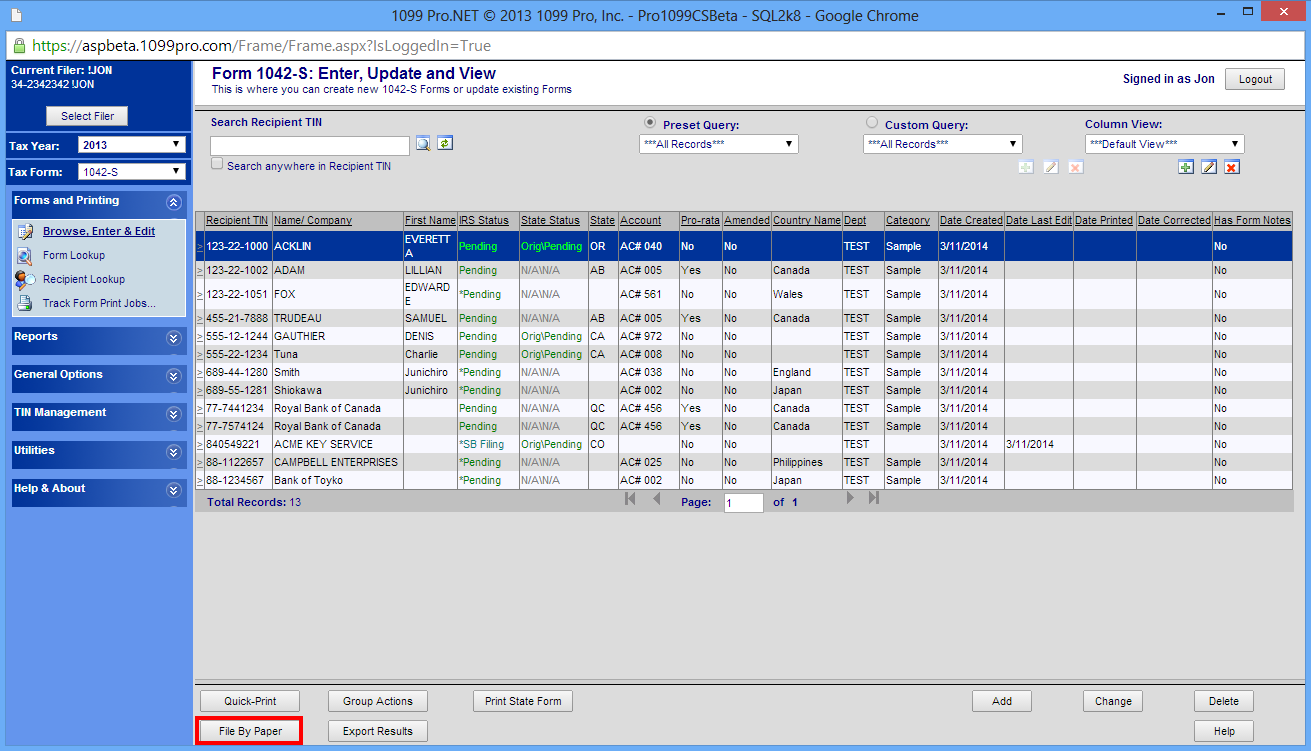 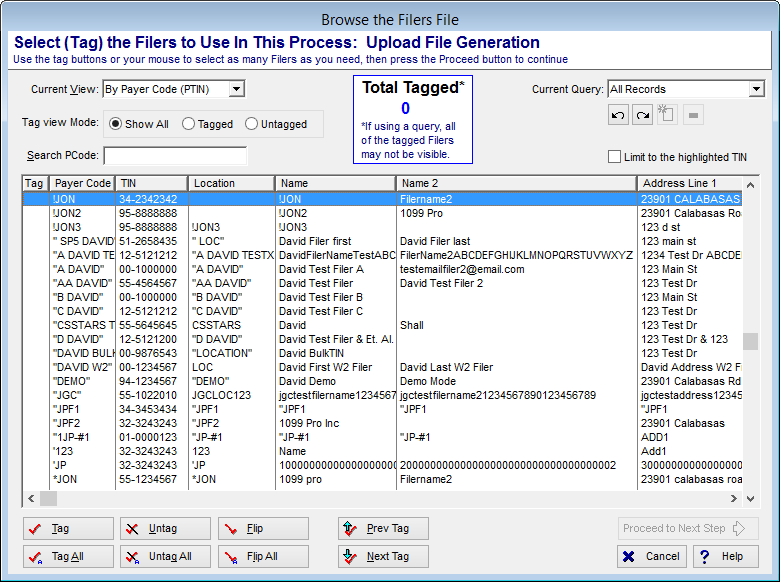